James Lawrence explores some of the best Chinese restaurants in London, and takes a look at the move towards regionalism.

The last decade has seen our appreciation of Chinese cuisine move far beyond the staples of sweet and sour pork, spring rolls and special fried rice. Regionality has become all the rage, as we recognise the incredible diversity of Chinese cuisine, be it the old Imperial school of cooking in Beijing (Peking) or the fiery, spice heavy dishes of the Sichuan tradition. Indeed any seasoned visitor to China can vouch for the fact that the country’s immense geographical, climatic and cultural disparities that have created distinct styles and approaches to cooking; there is essentially no such thing as Chinese food but rather a patchwork of varying approaches – Cantonese dishes for example have little in common with the intense Sichuan delicacies.

However, despite the intense regional variation, China has traditionally categorized its varied cooking styles into 4 distinct geographical schools: northern, southern, eastern and western. The northern school lays emphasis on wheat dishes rather than rice, hence the celebrated Peking duck served with pancakes. Locals will insist this dish can only be authentically enjoyed in Beijing, having been cooked over fruit tree wood and used to provide three courses. Meat features heavily here, as do garlic and spices. In complete contrast the southern Cantonese school unsurprisingly puts the top priority on seafood; spices are used sparingly, with the Cantonese preferring to let the freshness of the dish to speak for itself. Rice and the legendary dim sum, which is a Hong Kong institution, is also heavily featured.

Moving further west, the hungry gourmet will encounter the hottest and most potent style of Chinese cooking because the western school loves spicy hot dishes and has a love affair with red chillies. Both meat and fish dishes find favour in the Sichuan school, as long as they are heavily seasoned and properly marinated before cooking!

In contrast, the eastern school aggressively contrasts the western preferring sweetness in its dishes rather than intense, spicy flavours. Eastern cooking, like the Cantonese approach, loves seafood and rice grows in abundance in the region. 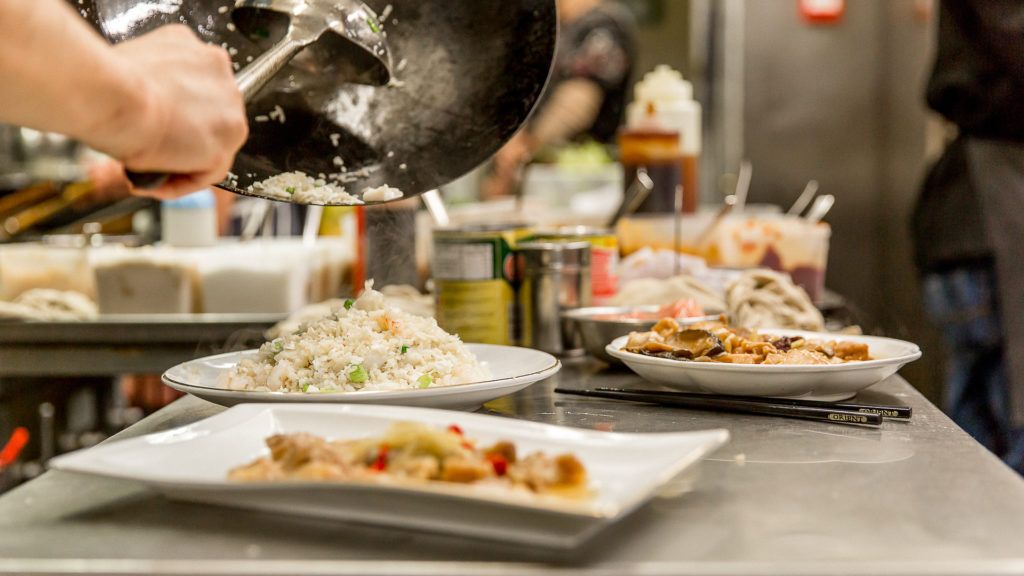 Of course this awareness of China’s diversity of food cultures is a relatively recent affair, for most of us our main point of (very tasty!) contact was the Chinese takeaway or Chinatown. There we would consume dim sum, special fried rice and perhaps chicken satay or crispy beef. All delicious but ultimately a very thin slice of a very large pie – Chinese cuisine in the UK has been based on the preferences of an immigrant community largely originating from southern coastal China i.e. Hong Kong. As you might expect our love affair with Chinese cuisine started after the large scale immigration of mainly Hong Kong Chinese in the 1950s and 1960s, although one of the UK’s first restaurants was opened in 1908: Maxim’s in Soho was founded by Chung Koon, a former Ship’s Chef. His son John then opened the upmarket Lotus House in 1958 and this was followed by the ultra-trendy Mr Chow in 1968, which opened on Valentines’ day no less. Suddenly Chinese food was an attractive dining option for the fashion conscious middle and upper classes in London.

The popularity of Chinese food endured and establishments soon appeared all over the UK. The indigent fish and chip shop owners regarded this influx with dismay, so much so that many had to start offering Chinese dishes in addition to their beloved battered fish in order to survive. Soon, almost every British town had at least one Chinese takeaway, even if the majority were quite basic, in both decor and food, offering only the standard take-away fare.

But over the past twenty years high-end Chinese cuisine and the aforementioned emphasis on regionalism has come to the fore, so much so that  the Michelin team has started to take notice of Chinese restaurants; the achingly cool Hakkasan was awarded its first star in 2003, with Kai Mayfair and Yauatcha following thereafter.

That said there are plenty of authentic and good value Cantonese restaurants remaining in London’s China Town and beyond but, thanks to the efforts of Alan Yau, the Chinese can be romantic and sexy as well as nourishing and tasty.

In celebration of all things Chinese, here are my top 5 restaurants in London, across all price brackets:

It’s open every day, from lunchtime to late. The décor is classy, the service friendly. The dim sum is mouthwateringly excellent; the Sichuan and Cantonese delicacies are authentic delights. And, best of all, it’s all delivered at very fair prices.

Orient is a classy establishment that stands in complete contrast to the majority of nondescript restaurants in London’s Chinatown, where ‘no-frills’ can be a generous description. Crowded with tourists, and encouragingly, Chinese nationals, Orient really is all things to all men. Witness sublime Peking duck, kung po chicken, and stir-fried beef in oyster sauce, all of which appears alongside fish and tofu soup with preserved egg, and braised sea cucumber with fish lips for the more adventurous.

Four stories high, Orient is not the place for a quiet, romantic dinner – the music is pretty loud for a start – but the buzz is undeniably infectious. Running a successful Chinese restaurant in  Chinatown is not for the faint-hearted; the competition is fierce, which ensures that you need to stand out to get noticed. Thankfully for lovers of great Chinese cooking at decent prices, Orient does just that. 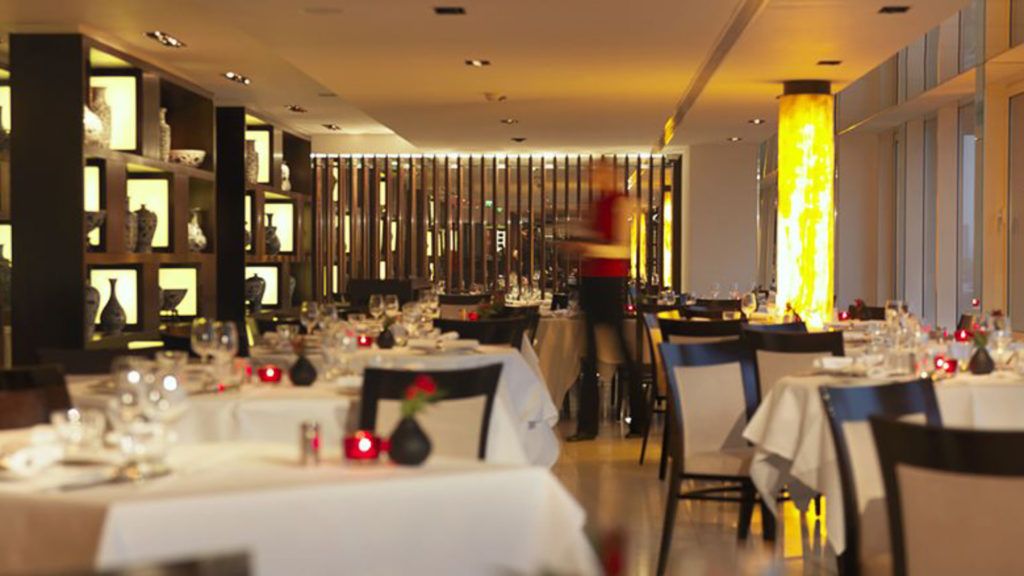 Min Jiang offers an array of authentic dishes and wonderful views over Kensington Gardens and the London skyline  – but that’s not the real reason you came here. You arrive in anticipation of tasting the best Peking duck I have ever sampled in my life, which is best ordered 24 hours in advance.

Expect exquisite, aromatic duck breast, carved in front of the table and wrapped in soft, sweet pancakes. The remainder of the duck will be served as you like, although I’d recommend the duck special fried rice.

Best for: Light on the purse

This Chinatown stalwart has been around for ages and yet is still unbeatable for great value, delicious Cantonese staple dishes and dim sum.

That said don’t expect pampering service or a plush décor because the turnover is high and diners are expected to order almost as soon as they enter. But, with main courses at £6-£7, you can’t go wrong.

Make no mistake, Hunan is like no other Chinese restaurant you will have visited in the capital. Diners don’t order dishes; you let owner Mr Peng tailor a wonderful selection of tapas style regional dishes to your likes and dislikes instead.

It is some of the finest Chinese food I have sampled in London and it’s refreshing to be given such a variety of dishes to sample. The wine list is excellent too!

Bar Shu is THE PLACE to come for Sichuan cuisine in London: during my last visit I was treated to a mouthwatering selection of authentically spiced and seasoned dishes, including dongpo pork knuckle, lamb ribs with lashings of chilli and of course, the essential spare ribs.

The service was efficient through-out and the atmosphere hums, which makes it the perfect setting for a lively night out.