I must declare an interest: Trivet provided me with a complimentary birthday lunch five months ago. I greatly enjoyed the gig, not least because of sommelier Isa Bal’s stupendous wine pairings and the copious volume of Shiraz.

Trivet (a block used to protect a table from heat damage from saucepans) was opened in late 2019 by Jonny Lake, former executive head chef at The Fat Duck restaurant. His reputation in gastronomic circles is formidable, however, I detected no arrogance or conceit from the man – rather, an almost self-effacing attitude and understated charm. Canadian-born Lake is one of those chefs who seemingly avoids the ‘f*cks and bluster’ approach to management; Trivet’s open kitchen, which is visible from much of the main dining room, boasted the noise level of a librarian’s coffee morning. Our lunch was a beautifully orchestrated piece of non-theatre; food that was designed to thrill the tastebuds rather than push culinary creativity into irritating directions. We left full and very happy.

Of course, this was all before Covid-19 entered our lives. After shutting up shop for months, Trivet re-opened on July 4th with a new concept and menu. Trivet restaurant has morphed into ‘Trivet Wine Bar’, serving small plates alfresco and a selection of wines, spirits, and cocktails by the glass. There’s also a coffee shop and bakery takeout service for esurient visitors to Bermondsey.

In addition, Bal has wisely decided to start selling a few choice vintages via Trivet at Home; the restaurant’s list is exceptional, covering Burgundy, Tuscany, Turkey, Armenia and everything in between. It strikes that difficult balance between offering the comforts of familiar names and the esoteric labels for wine nerds. However, there’s no snail porridge; the one dish served at the Fat Duck that I, sacrilegiously, never quite took to. Similarly, indoor table service of the type I received is probably off the cards for the time being.

Yet I’m glad Trivet restaurant has re-opened: venues like this deserve to survive. Normally I’d veer towards thrive, but these are uncertain times. Lake and Bal got so much right during my initial visit in March, though, that it seems inconceivable that Trivet will fail. If it does, then the competition doesn’t have a hope.

Hopefully the formulae that worked so well in March can be easily adapted to serve Trivet’s new business model. Typically, restaurant reviewing is an exercise in finding fault; the more faults, the more website traffic. Sometimes the food is excellent, but the service is below par. After two hours, you ask for a wine refill – they respond with the infamous glare. Or your waiter is charm personified, but the crispy duck included a burnt beak. It is a relatively rare occurrence for any eatery to tick all the boxes.

At Trivet, however, the front of house shines as brightly as the kitchen. They have charm in abundance, without the cliched obsequiousness of old. As I indicated above, I was a guest of the restaurant, but every patron received the same standards of service. Kudos to any waiter who can keep it fun, relaxed and professional at the same time.

Trivet’s staff are also adept, experts even, at handling difficult customers like myself. I like a buzz when I eat out, but I hate it when one group or individual dominates the din. I studiously avoid quiet restaurants, I loathe noisy destinations – you get the idea. Trivet’s staff were well-prepared for such a species and graciously agreed to move me to a quieter, unoccupied corner of the restaurant at lunchtime. They also consented to turning the music on, as the corner was a bit too quiet for my liking.

Quiet(ish) corner, superlative cooking, excellent wine = supreme happiness. Jonny Lake’s gastronomic ethos is very much in keeping with the times: £300-plus tasting menus are for (largely) absent food tourists and oligarchs. Most of us at the moment seek comfort and reassurance, which is exactly what Lake’s cooking provides. Trivet eschews the modernist accents of The Fat Duck restaurant for a more down to earth approach. I guess you could call it ‘accessibly sophisticated’ or ‘conceptually grounded.’ I’d just say that it was delicious food.

Sweetbreads arrived nicely caramelised, flavoured with cumin and slices of raw mushroom. That’s it. No fussy embellishments, no creativity verging on the edge of a nervous breakdown. Just high-quality sweetbreads, expertly cooked and gently flavoured with the tempered fire of my favourite spice.

And then there’s the famous chicken. The dish that silenced all naysayers and critics who deride chicken as (often) the most lacklustre choice on the menu. Cotswold White chicken – Lake explained that he avoided the Bresse version to keep prices accessible – is paired with a moreish and piquant vinegar sauce. Ironically, this succulent simplicity is an absolute faff to make: take 1 chicken, bake briefly in a hot oven, cool for an hour and then baste via numerous injections, before finally treating said poultry to a slow sous-vide cook. The chicken is then finished in a hot pan, first with oil then without. The results were exquisite and, more importantly, unlikely to be replicated at home. This is the reason why people eat out.

You may be thinking that this is starting to sound like a press release. Point taken: I’m admittedly biased when it comes to Trivet. However, it’s not for the reasons you think. Trivet hosted me for lunch, and for that I’m exceedingly grateful. Yet I’ve been invited to several restaurants over the past year – many of those have left a bitter taste in the mouth. I want Trivet to succeed and stay in business, particularly when the hospitality industry is struggling to survive. Not because of a free glass of Champagne, Turkish Chardonnay and fricassee canapés, but simply because it deserves to. 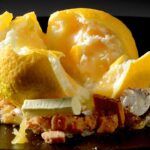 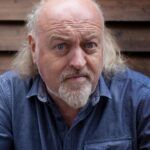