Silver Spirit – the epitome of elegance and luxury

As first impressions go, nothing could top the moment the sun rose over Bequia, described by many as the perfect Caribbean hideaway. I can see why. It took our breath away even before we set foot on the island: the spectacular Admiralty Bay is one of the Caribbean’s most protected natural harbours. It’s surrounded by steep verdant hills and offers crystal-clear blue waters that are the stuff of legends. And, it’s largely tourist free.

The only real catch is that from the UK it takes just over 10 hours to reach neighbouring Barbados – although British Airways premium economy makes that journey as painless as possible. Once you arrive there’s also expensive and complicated travel to Bequia and other outlying islands, not an attractive prospect after a long-haul flight.

That is, of course, unless you let a cruise ship handle all your travel arrangements as we did, giving you an unforgettable, hassle-free holiday.

This brings me nicely onto Silversea, or more precisely the Silver Spirit. Launched in 2009, the Spirit is the epitome of elegance: it boasts a beautiful and expansive pool surrounded by wooden decking; an observation lounge at the front of the ship with fine views, not to mention a range of excellent bars and restaurants. Other public rooms include the clubby Connoisseur’s Corner, where you can sink into a cushy red leather chair to enjoy a cognac and cigar; the Panorama Lounge on Deck 9, offering afternoon tea, piano entertainment, views out over the stern, and an open-air patio furnished with two-guest sunbeds. 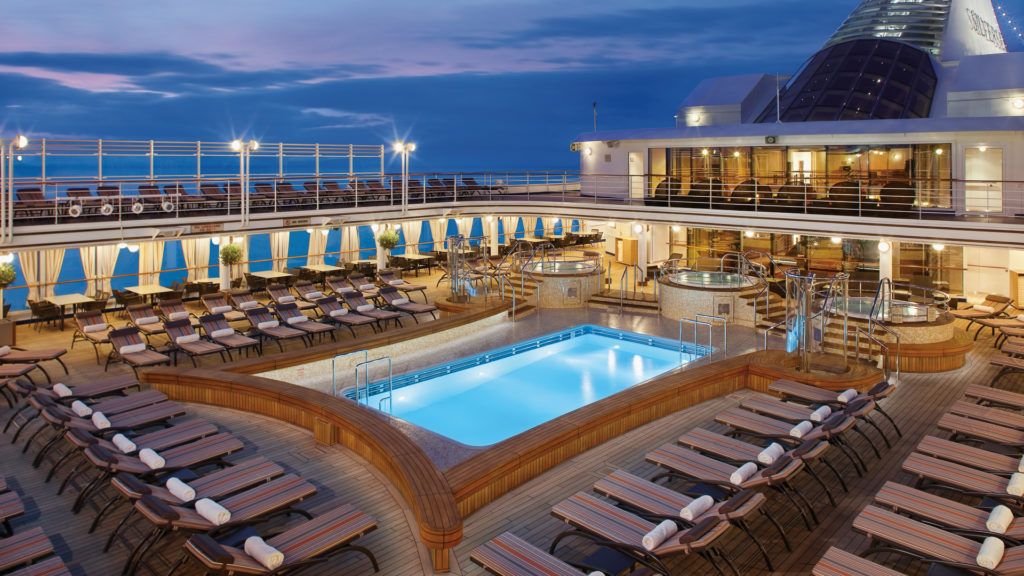 The cabins are no less impressive: spacious, comfortable and equipped with the highest quality fabrics and insanely comfortable beds. Silversea is all-inclusive, so the price includes drinks and gratuities and a butler service for all cabins.

However, it was the cruise’s wonderful itinerary which really turned our heads. We sailed from Barbados to Manaus at the heart of Brazil’s Amazon region via the infamous Devil’s Island – made famous in the film Papillon – and Caribbean gems such as Grenada and St.Vincent.

The first highlight after Bequia, though, was exploring Devil’s Island, an abandoned penal colony off the coast of French Guiana. Opened in 1852, it became a dumping ground for political prisoners and other undesirables of the French empire and was renowned for its harsh treatment of inmates. It was closed down in 1953 and the island is now French Guiana’s most popular tourist attraction, receiving more than 50,000 visitors per year. There’s even a hotel.

Reaching the island, however, is no easy feat. Unless, of course, you’re onboard a cruise ship – another win for Silversea.

Nonetheless, the short journey across wasn’t exactly a serene experience – “Shark,” an American passenger suddenly screams and sure enough a fin glides past the tender-vessel before sinking into the depths of the Atlantic. Apparently dead prisoners were thrown to the sharks on a weekly basis and we saw another two before we left. Indeed, the wildlife on the island – monkeys, tropical birds, turtles – was as much an attraction as the restored buildings and monuments.

READ >>
A Breath of the Wild 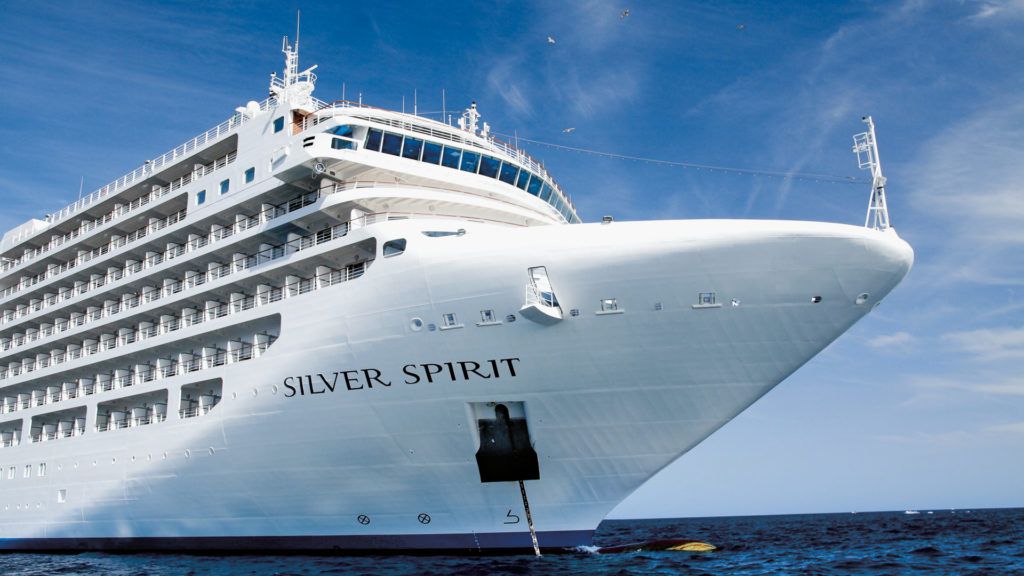 The following two days were spent at sea, which, if I’m being completely honest, is the highlight of any cruise trip. Culture and exploration goes out of the window; instead one eases into typical cruise-ship-passenger territory, exploring the pool and gymnasium at a leisurely pace, before rushing back to the superlative La Terrazza (Italian specialties) restaurant for lunch.

Cruising is repetitive – but it’s a repetition that I’m very comfortable with. A group of strangers thrown together and forced to socialise, eat, drink and be merry for 12 hours each day. Observing the lives of others is the ultimate pleasure of cruise travel – an Australian family who kept discussing the failings of us Brits (we got our own back); a newly-wed couple who could scarcely keep their hands off each other, not to mention Brexit and Trump debates that lasted until the early hours. It made for an entertaining journey.

Feeling guilty about all this slovenly indulgence, however, we did dedicate some time to exploring the next destination on our Brazilian adventure – Santarem. A small city founded by Jesuit missionaries in 1661, Santarem boasts none of the fame of other larger Brazilian cities like Rio de Janerio and Sao Paulo. Yet its spectacular scenery is truly captivating, with numerous hiking and Amazonian boat trips for the adventurous. We chose to explore the Amazon and hiked through the Tapajos National forest. The sounds, as much as the sights, were electrifying.

Visiting an Amazonian village in Boca de Valeria was equally memorable. Boca de Valeria is the entrance to the Valeria channel (Boca meaning mouth.) The channel leads to Lake Valeria, which marks the border between the States of Amazonas and Para. None of this was remotely interesting to the gaggle of energetic school children who greeted us and who immediately demanded a game of football. Thankfully my companion was up to the task, saving me the embarrassment of being utterly thrashed by eight-year-olds. He spent the morning playing with the children while I explored the local scenery, before joining our fellow passengers for a leisurely lunch at the pool deck.

We reached the end of our Amazonian journey in Manaus, capital of the Amazonas state. Manaus was founded in 1669 and took its name, which means “mother of the Gods,” from the Manao tribe. Today it is one of the most heavily visited cities in the Amazon, not least because of the proximity of jungle lodges and trekking opportunities galore. After exploring Manaus’ colourful centre on foot we chose caiman spotting over trekking, as we knew such an opportunity would probably never arise again. At dusk, we boarded our motorised canoes and sped off in anticipation.

Nothing for an hour. Then suddenly two dark shadows appeared – a mother and her young. Our guide quickly lifted the young caiman out of the water, causing the mother to swim around the canoes, emitting that singular, piercing yelp. After the group got a good glimpse of the infant amphibian it was released and we sped off to explore the Rio Negro River and local villages. $100 dollars well spent, I’d say.

Sailing out of Manaus the following evening, the cruise started its final leg on a high note in the ship’s upmarket Le Champagne restaurant, which serves a range of mouthwatering French dishes, paired with fine wines. A nice antidote to our excursions the previous day.

These relaxed diversions were typical of our final days aboard – mostly at sea – where we lapsed into typical cruise-ship-passenger territory once again. This, ironically, is both the vessel’s greatest strength and weakness, for so seductive are its charms that you actually find yourself dreading the outside world. For a start, there’s an ongoing focus on enrichment, with workshops and demonstrations on coffee and chocolate on our voyage and plenty of other diversions to keep guests occupied.

Of course, it couldn’t last. We departed Bridgetown airport with the normal melancholy that accompanies the end of a brilliant trip, but with the privilege of having seen the most remarkable eco-system up close, with all the creature comforts of a 5-star hotel thrown in. And I can safely say that exploring the majestic Amazon pales in comparison to any other cruise – how much exotic wildlife can you see in the UK, outside of a zoo?

Yet I will concede that the Spirit isn’t for everyone – the atmosphere is very sedate. But then, there are plenty of cruise lines that cater to passengers who want excessive noise and constant stimulation. I hope Silversea’s ethos never moves an inch.

Transfers to London Heathrow via Paddington were supported by GWR. Singles from Cardiff to London Paddington are available from under £30 each way

Silversea’s Silver Whisper departs on an 18-day roundtrip voyage from Bridgetown, Barbados. Fares start from £4,900 per person based on double occupancy of the Vista Suite.