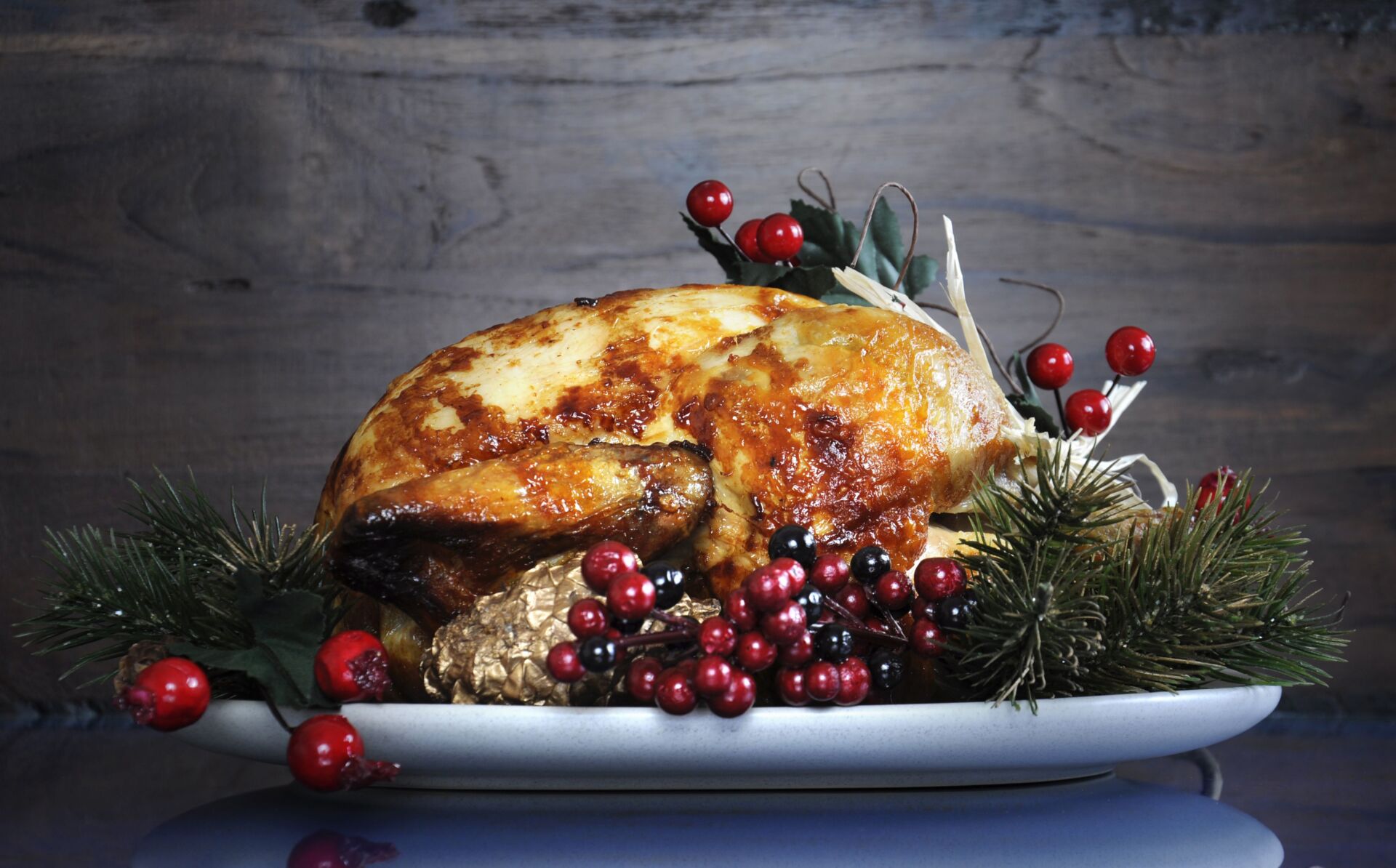 However we celebrate the festive season, we all agree on one thing – our need for greed! Feasting is at the heart of our celebrations at Christmas and the food and drink we choose to indulge in says as much about us as the gifts we buy for our loved ones.

When it comes to the main event, turkey is still the king of the Christmas roast, gracing around two thirds of UK tables. It made its debut at the Christmas court of Henry VIII, but it took another 400 years to become the Christmas dinner staple is it today. Up until the 1950s, more traditional fare was goose, pheasant, peacock, roast boar’s head and roast swan. This last isn’t recommended today or you’d be facing a hefty fine. (Although it would have been worse a few years ago – all mute swans are the property of the crown and until recently their poaching was a treasonable offence. Snaffling one would have resulted in an enforced city break – in the Tower of London!)

If you just can’t choose which bird is going to accompany this year’s sage and onion, you could always follow the example of our cover star, Mr Fearnley Whittingstall, who famously created a ten-bird roast for the River Cottage Christmas banquet in 2004. If you’ve got a couple of days to spare, enviable butchery skills and a spare 20lb turkey, a goose; a couple of duck, a pheasant, a chicken, a partridge, a brace of guinea fowl and a woodcock hanging up in your pantry, then you won’t be caught short if a few unexpected guests turn up on the day. Alternatively, if you prefer to spend your Christmas Eve nursing an extra glass of bubbles rather than a fistful of carving-induced blisters, then there are specialists who can provide one of these spectacular feats of artisan butchery for you.

The UK consumes around 10 million turkeys at Christmas, but while it retains its crown as the most popular centrepiece of the Christmas table, more people are beginning to look to other luxury alternatives for variety. Inspiration can be found among our European neighbours. In Germany, bigger game is preferred – wild boar and venison being the most popular dishes; in Portugal, the most common main course is codfish and in Sweden, caviar, raw fish or shellfish are preferred.  Luxury fish is easier than ever to procure – our island is well-served with mail order seafood and a Christmas lobster is only ever a click of the mouse away.

The multi-bird roast as showcased by Hugh Fearnley Whittingstall, has a long history dating back to the Romans. Those gluttonous Tudors were partial to feasting on a Christmas Pie, a particular favourite of Henry VII, which consisted of a sumptuous deep crust lovingly encasing a turkey, stuffed with a goose, stuffed with a chicken, stuffed with a partridge, stuffed with a pigeon. Over the next three centuries, the grand kitchens of the north took up the baton – or drumstick – and the Yorkshire Christmas Pie evolved, gaining such renown that it was served up at Windsor Castle in 1858. For anyone still feeling a peckish after all this, the 19th century French gastronomist Grimod de Reynière, created the Roti Sans Pareil. The translation, Roast Without Equal, must surely be an accurate boast, comprising no less than seventeen birds, including a lapwing, a plover and a warbler.

Similarly spectacular multi-bird roasts are an excellent option today for a show-stopping Christmas table. While the unappealingly titled turducken (or for vegetarians, the still more questionable, tofucken) may not have the wow factor of Tudor gastronomy, comprising a palty (poultry?) three birds, there are specialist butchers who will layer myriad species with a selection of delicious stuffings to make the carnivores in the family think all their Christmasses have come at once. Devon farmer, Anne Petch of Heal Farm has created The True Love Roast -with a bird for each of the 12 days of Christmas. Anne told CALIBRE that her team has the building of the meaty monster down to a fine art. After a couple of days of prep – boning the birds and making the stuffings, assembly takes a cool 40 minutes. It takes two people to lift, feeds 125, contains around 50,000 calories and takes around 8 hours to cook. But at just three inches shy of 2 feet long, you’ll need a range or a catering oven to fit the roasting tray!

If a dozen birds seems like a drumstick too far, Nicholson’s Butchers offer everything from an eight-bird roast containing a selection of poultry and game birds layered with stuffing and tied back to resemble the original bird, all the way down to a mini three-bird roast (a turduckling?) for those with an eye to damage limitation ahead of all those January resolutions..