For an antidote to these digital times take a look at the games below for some winter’s night inspiration.

Board games and card games are a tribute to the playful inventiveness of human history and have the uncanny ability to evoke a sense of gleeful nostalgia in even the most dour of men.

Whether it was winter nights sat in front of the fire playing Scrabble, or relaxing on a balcony somewhere hot with a bag of dominoes and a few drinks, the sense of fun and competition, of winning and losing, are values and expectations which are instilled in us and are taken into later life.

Of course, board and card games are also important because they remind us of a few of the most precious things in this world: friends, family and the chance to take their money.

Yet, in this world of computer games and mobile phones, the simple, tactile pleasure of a board game is becoming lost on the younger generations. Now, do you want to be the boot or the top hat? 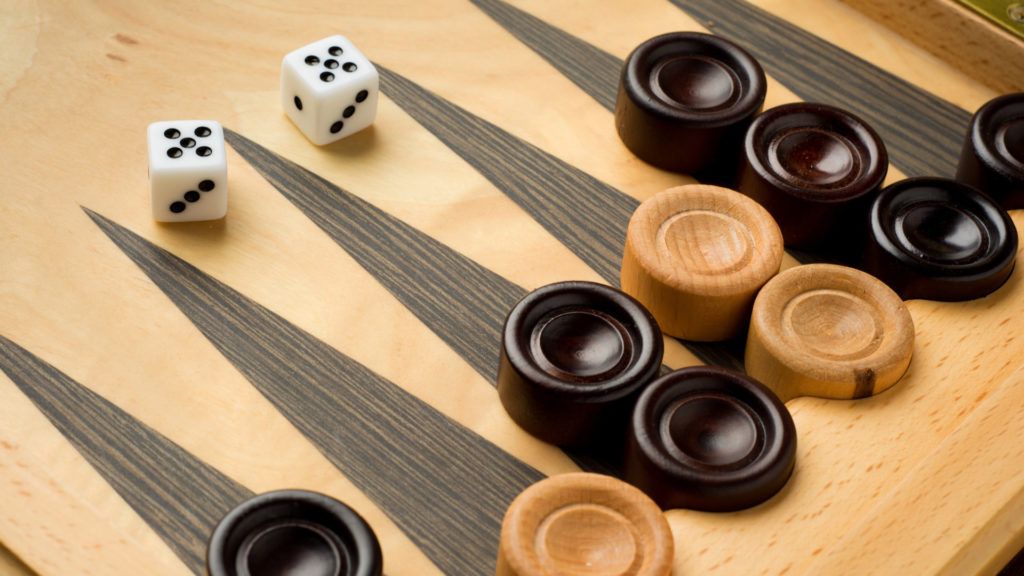 Backgammon dates back to the Roman and Byzantine Empires, in fact, its popularity was such that the Byzantine Emperor, Zeno (AD 476-481), is famous for having a particularly bad game of backgammon recorded by his scribe, in which a very unlucky dice throw caused him to lose (the records still survive to this day).

The rules of backgammon can be tricky at first, but soon become second nature with repeated plays. The basics are that the game operates on a 24-point board and each player has 15 counters. The goal is to get your counters from one side of the board to the other before your opponent.

Of course, there is much more to it than that, and with the combination of the luck of the die, the ability to knock your opponent’s counters off the board and other tactical movements, it can become a real competitive head-scratcher.

Michael Crane, of the British Isles Backgammon Association, describes backgammon as combining: “The race of ludo, with the strategy of chess and the evasion of draughts. Add a pair of dice to that mix and you’ve got an exciting game that can never end in a draw.”

The easiest place to start playing backgammon is at home, if you have a chess/draughts board most will have a backgammon board on the back and that can be the best place to learn the basics. If you wish to take the hobby a little more seriously then BIBA will be running a series of events for new players in 2016.

“BIBA is currently striving to teach backgammon to a new generation of those interested in the game – the over 50s. A series of weekend breaks teaching the basics is set to begin in 2016 across the UK,” says Mr Crane.

A good games table is an investment for generations to come and Wheathills’ beautiful handcrafted games tables are the pick of the bunch. Made from sixteen different timbers, the top has been inlaid for chess and backgammon, and the table features all the storage space you could need for your game pieces. Oozing charm and sophistication, this is the ultimate addition to your games repertoire 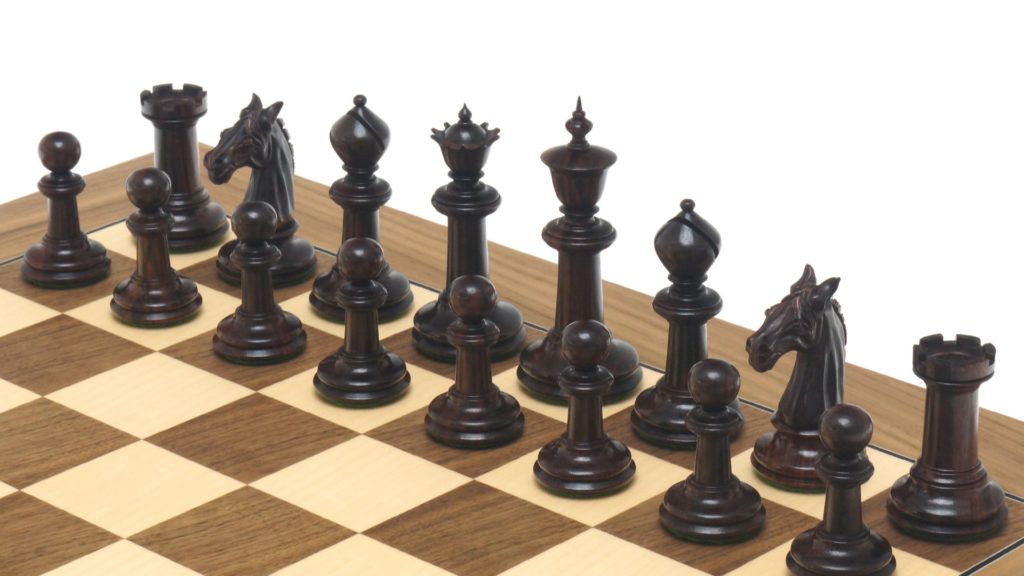 “Chess was invented in India somewhere between 300 and 600 AD and is now popular all over the world,” explains Mark Jordan of the English Chess Federation (englishchess.org.uk). “The most popular and widespread version of chess was developed in Europe and, although fully recognisable as the modern game by the end of the 15th century, it was only being played by all its current rules at the beginning of the 19th century.”

Despite its reputation for complexity, in reality chess is a very simple game to learn. “Although many people think it difficult to play, and the best players have a reputation for deep thinking that makes them seem supernatural, the basic rules are not that complicated and just about anyone can learn them over a few games.

“Whilst becoming an expert or a Grand Master at chess takes dedication, you only really need to know the rules to enjoy the game,” says Mr Jordan.

Anyone looking to get started with chess will be not be hard-pressed to find places to have a game. “There are now lots of sites where you can play chess on the Internet for free. You will find everyone from beginners to masters online, and you can easily find the level of skill you need to have a good and enjoyable game,” says Mr Jordan.

Chess is a social game, however, so do not forget about the opportunity to join a chess club. “Players who like to see the whites of their opponents’ eyes will find there are lots of chess clubs and tournaments throughout the UK, and local chess opportunities can be found very easily by contacting the English Chess Federation,” he adds.

Remember playing chess with those tiny, plastic pawns from years ago? Chess is a game that demands close attention and imagination – and the same reverence should be paid to its pieces. These Isle of Lewis Chess Pieces from the Regency Chess Company are beautifully carved, with an intricate level of detail that belies their weight and shape.

READ >>
Be the King of the Castello di Vicarello 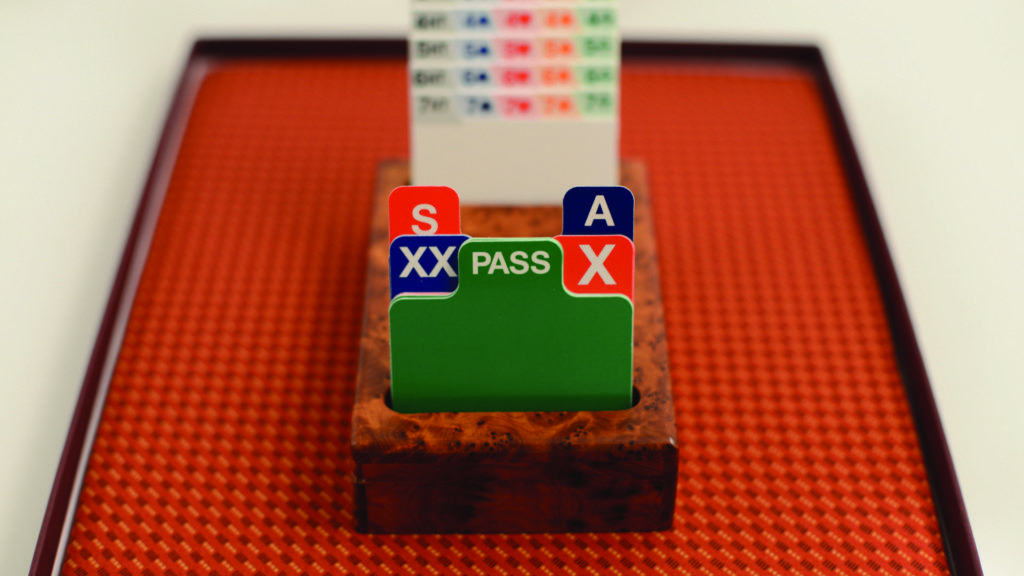 Having been around for a few centuries now, Bridge is a descendant of the classic trick-taking card game, Whist, quickly becoming one of the most popular card games in Britain. Often played in clubs and pubs across the nation, it has had many celebrity admirers including Omar Sharif, the Marx Brothers and Bill Gates.

“Rubber bridge is mainly played in pubs and homes, whereas duplicate bridge is played in clubs and in tournaments,” adds Mr Bard. It is too complicated to list the rules of bridge here, but according to Mr Bard: “Most bridge players can learn the basics in a couple of days, but to become a more thoughtful, skilful player, it can take a few months.”

Mr Bard is keen to reassure potential new players that although a bit of homework is required to get a grasp of bridge, the rewards are bountiful: “Bridge is a game of logical and analytic prowess similar to that of chess, there are billions of card combinations, which make it very unpredictable, but a skilful player will always be able to beat a lucky player.”

It is not just the mental challenge of bridge that appeals, since you play as a team of two, there is a social element to consider also. “You will make friendships that you will put a lot of time into and that is something special to bridge,” says Mr Bard.

The English Bridge Union estimates there are over 1,000 bridge clubs across the UK, so there are plenty of options for new players looking to learn this classic card game.

You will quickly become familiar with the bidding box when you start to delve into the world of bridge, if you are planning extended home play with your friends, then these Simon Lucas bidding boxes are the perfect indulgence. Beautifully crafted by one of the most highly regarded names in bridge, you will be inspired to start the bidding high when around one of these works of art.