Saviour Of Our Skies

A masterpiece of British engineering, the Supermarine Spitfire is widely considered the finest fighter aircraft of the Second World War

The Supermarine Spitfire is one of the most iconic and recognisable outlines in British engineering history. Although developed to combat the mighty German Messerschmitt, the history and genealogy of the Spitfire is more convoluted than we generally realise.

By the time Spitfire production ended in June 1945, the aircraft’s engine had changed design, its armed weight had doubled, and its top air speed had increased by 90mph.

Over the years, the Spitfire was produced in greater numbers than any other British aircraft. It was made in numerous variants, using several wing configurations, but, despite this constant evolution, the Spitfire of 1945 is still instantly recognisable as part of the same family as the first prototype of 1936 – a testament to the thoroughbred parentage of its original design. The Spitfire we know and love today was designed as a monoplane, high-performance interceptor aircraft by Reginald J. Mitchell, head designer at the Supermarine Aviation Works, Southampton. This aircraft came from the Supermarine Type 224, which was developed in response to a 1931 Air Ministry specification, requesting a new design for a fighter to replace the Bristol Bulldog, a biplane combat aircraft conceived during the 1920s and still used by the RAF during the inter-war period.

However, neither the Mitchell nor the Air Ministry were satisfied with this proto-Spitfire, and the Gloster Gladiator was finally chosen – which proved to be the last biplane fighter design to be used by the RAF.

Lessons gained through the development of Type 224 lead to Mitchell’s conviction that a far more advanced design would be required for future combat aircraft, a thought process that eventually lead him to design the Type 300 Spitfire, over the course of a year, practically hand-building it himself.

Mitchell designed the shape of its distinctive elliptical wings to have the thinnest functional cross-section possible, and, using a Rolls-Royce Goshawk engine, capable of producing 660hp, these factors combined to enable the Spitfire to have a higher top speed than the majority of its contemporary fighters, including the Hawker Hurricane. 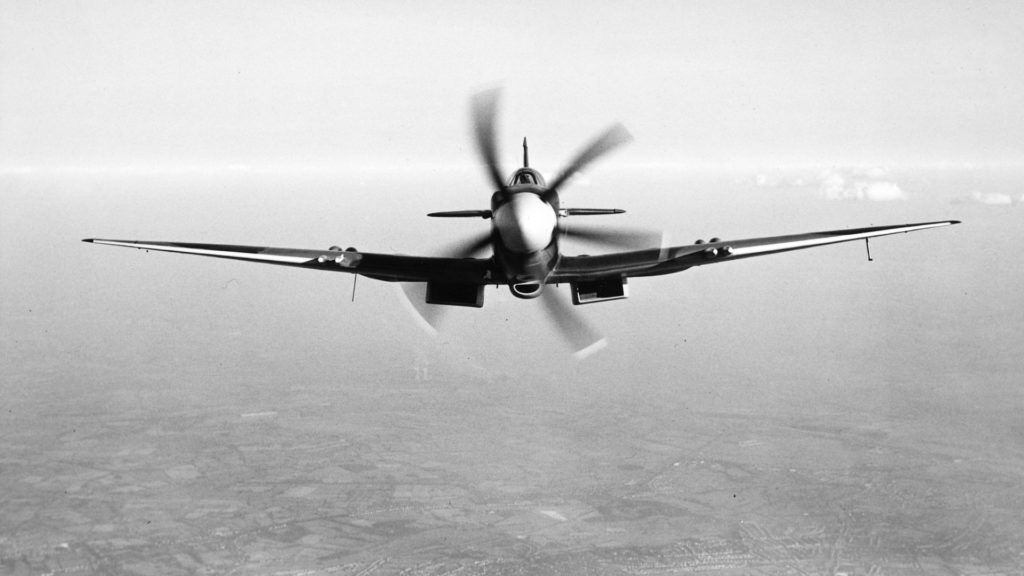 Deceiving To The Eye

So revolutionary and sleek was Mitchell’s design that the Spitfire was, and often still is, described as being a small aircraft – indeed one German visitor of the period dismissed it as being “like a toy”. However, the Supermarine Spitfire was in fact four feet wider and eighteen inches longer than its most famous opponent of the time, the Messerschmitt Bf 109, also known as the Me 109.

During the mid to late 1930s it was still not clear how combat between Allied and German monoplane aircraft, and the race to dominate the skies, would develop, but it is a testament to the design skills of R. J. Mitchell that the first version of the Spitfire was an engineering equal to the German’s third version of the Messerschmitt Bf 109. Mitchell continued to refine his design until his death in 1937, when his colleague, Joseph Smith, took the reigns, steering the Spitfire’s design right up to its final 25th variation.

When the final Spitfire rolled out of the factory in 1948, a combined total of 20,351 Supermarine Spitfires had been built, with some remaining in RAF service into the 1950s. The Spitfire was the only British fighter aircraft to be in continuous production before, during, and after the Second World War.