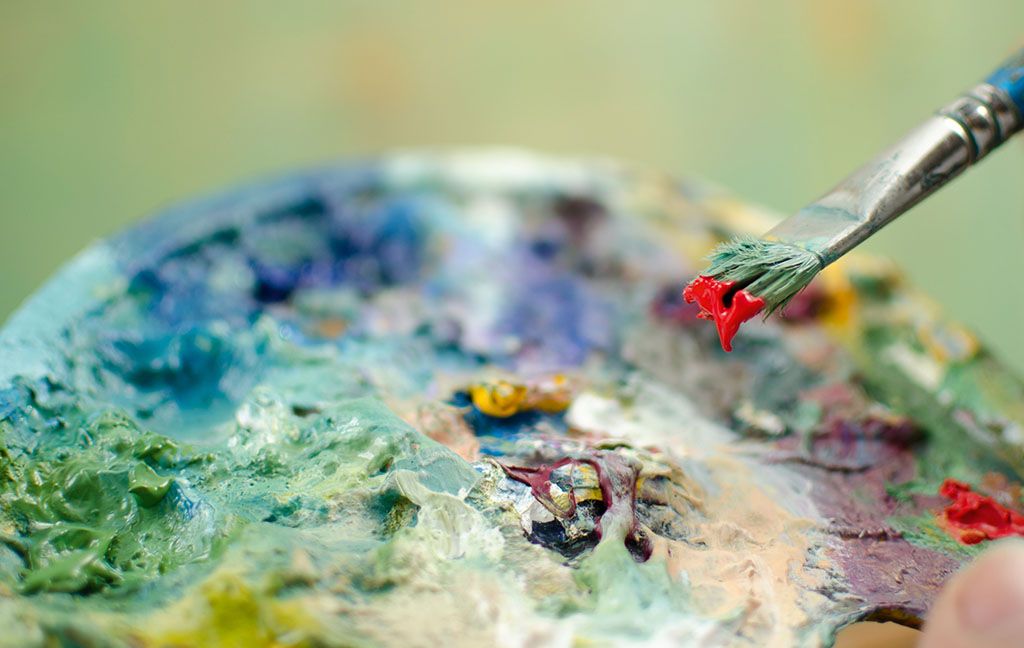 The loss of eyesight can be doubly cruel for an artist, as two Impressionist masters found out.

Can there be anything more terrifying for an artist than the thought of losing their sight? For them, it is their source of income and the main way they draw inspiration from the world around them. Yet, for the founder of Impressionism, Claude Monet, this nightmare became a reality, as cataracts robbed him of the sight he used to create his timeless works of art. Credited as the leader of the Impressionists, Monet painted scenes numerous times in order to capture the changing colours of the countryside. Before developing a cataract problem in around 1912, Monet’s work was noted for its vibrant colours, but, over time, the cataract problem began to worsen.

He famously remarked: “Colours no longer had the same intensity for me – reds had begun to look muddy – my painting was getting more and more darkened.”

Michael Marmor is a Professor of Ophthalmology at Stanford University, and has studied the development of Monet’s style during the period in which the artist developed cataracts.

“This degeneration caused increasing blur from 1912 to 1923,” says Professor Marmor. “But the more serious trouble was the increasing interference Monet suffered with his colour perception and colour discrimination. He was choosing tubes by name. Not good practice for an artist trying to distinguish between morning and midnight!”

Monet tried to adapt as best he could to the changes in his sight, but found it increasingly hard.

“Gradually, as he could not see colours so well, he tried to compensate with stronger colours, or guesswork, but he never told us his exact intentions,” explains Professor Marmor. “Monet still strove for the refinement of colour, lighting etc., but things did not look any ‘better’ to him, and by 1923 he was forced to accept surgery.”

READ >>
Into The Grooves

Monet was not alone in his struggles with eye problems, another famed Impressionist artist, Degas, suffered from macular degeneration. This disease primarily causes a visual blur and makes it harder to pick out the details that are in front of you.

Degas was famed for the detail that he put into his work, but as Professor Marmor explains: “Changes in Degas’ style correlated rather closely with this progressive loss of vision. His works in the 1870s were drawn quite precisely, with facial detail, careful shading, and close attention to the folding of ballet costumes and towels.

“As his visual acuity began to diminish in the 1880s and 1890s, he drew the same subjects, but the shading lines and details of the face, hair, and clothing became progressively less refined.”

It is possible that Degas was unaware of the lack of detail in his later work, as the effects of his eye disease meant that the coarse shading and poor delineation of his work appeared smoother to him than they would to our eyes. “

This blurring of the works, given Degas’ particular style, may have encouraged him to continue to paint with failing vision and accounted in part for his acceptance of (or at least willingness to leave complete) works that seem curiously crude to our unblurred eyes,” adds Professor Marmor.

While Degas may not have had the opportunity to try and rectify his failing vision before his death in 1917 – Monet did eventually take the risky decision to have cataract surgery in 1923.

Cataract surgery is the speciality of Bobby Qureshi, ophthalmic surgeon and medical director at the London Eye Hospital, and he says that before the surgery Monet would have seen: “A bit of blurring and a bit of glare when looking at light. As the cataract gets worse, it filters out the blue end of the spectrum more, and so colours start appearing differently – blue, in particular, is lost in terms of its vibrancy.”

These factors were what finally pushed Monet towards having the surgery, a decision that in those days, was a brave one.

Monet’s surgery was, fortunately, a success and after a brief period of adjustment while they struggled to find him the correct pair of glasses, he was able to return to painting where he refined the great Water Lily canvasses you can find currently on display in the Musée de l’Orangerie in Paris. And they certainly are a sight for sore eyes.