There’s a rum for every occasion, seemingly, but when the Great British Rum has Sir Ranulph Fiennes name on it, you need to pay attention.

If there’s anyone suited to launching a new rum, a drink long associated with adventure, it’s a man that’s sailed the seven seas, climbed every mountain, and plumbed the deepest depths. Sir Ranulph Fiennes is the world’s greatest living explorer and his Great British Rum must, surely, be magnificent.

English Spirit, the first company to distil rum in the UK, is bringing two new innovations to the market. It’s worked out how to produce premium rum without an ageing process, and created a distillation process that uses exotic woods to take boost flavour expressions.

The ageing process has been avoided thanks to work from Master Distiller Dr John Walters; instead of the rum sitting in the barrel for five years, the barrel is put in the still. Exotic woods from some of Sir Ranulph’s most iconic adventures, such as Sequoia from Canada, Pine from Norway and Date Palm from Oman, are placed within the still during the process, delivering the required flavour profile.

Triple distilled from pure sugar cane molasses, the rum has a rich flavour that should evoke feelings of adventure. Distilling three times helps to concentrate the flavours of the molasses and strip out the undesirable harsh elements of the alcohol to create a smooth and refined spirit.

Once distilled and aged, it’s bottled as a golden rum with a distinctly British character. The flavour journeys through deep orange, caramel and spiced Christmas cake on the nose, with a hint of tobacco and vanilla, followed by a mix of milk and dark chocolate, then a final lick of golden liquorice.

“This launch represents a milestone for British rum production,” explains Dr Walters. “We are putting a marker into the ground that Britain can produce a premium, quality rum and it’s the perfect testament to a legendary British expedition leader.”

“Rum has always been associated with exploration and adventure, but I only wanted to work with a distillery that was daring and determined,” adds the legendary Sir Ranulph Fiennes. “When Dr John told me of the world’s doubt that Britain could make a truly great rum, well, that sealed the deal. From that moment, we aimed to tread new ground.”

The First Edition of Sir Ranulph Fiennes’ Great British Rum is available online at sirranrum.com at £49 for a standard 70cl bottle. This limited release is wrapped in a replica map from his expedition to the Lost City of Ubar in 1992.

A Tea Sommelier: What Is It and Can You Be One?

All Aboard the Tequila Express 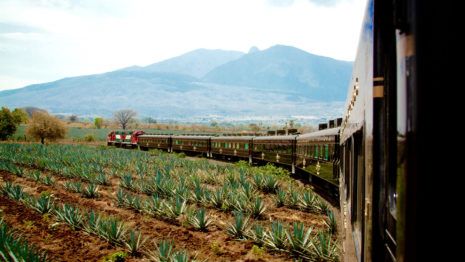 Phil Huff has been writing for national newspapers, magazines, regional titles and countless websites since 2003. Specialising in travel and the automotive world, Phil is happiest when exploring foreign lands in foreign cars.