Collecting military medals can be a particularly satisfying pursuit.

Collecting military medals is a particularly satisfying pursuit for two main reasons; firstly there are an endless number of approaches a collection can take and niches to focus on, regardless of budget; secondly the medals are a connection to a specific named person and a moment in history, which gives a fascinating view of the period collected.

WWI is a great starting point for a collection as there are so many to choose from. More than 6.5 million silver British War Medals were issued making them very easy to come by. A single Victory or War medal can be bought for as little as £10, but will still have the name, service number, rank and regiment of the recipient giving a great starting point for research. Groups of medals from the same serviceman or woman will have more value and once you add in medals for merit or valour, prices can quickly sky-rocket.

To make sense of the myriad of options, most collectors will focus on a particular campaign, or a specific company or regiment. It may be that a local connection will appeal here especially as WWI saw the formation of ‘local lads’ groups and ‘old comrades’ to focus your collection further. With medals it is the story associated with the person as much as the medal itself that holds the interest so fleshing out a recipient’s back-story and gathering any additional ephemera with add value. Condition of medals is less important than that of coins, originality is the key point here, so avoid the urge to polish or over-clean them. Re-ribboning is considered acceptable by collectors so do not fret if they look a little tatty.

Morbid though it may seem, the addition of a ‘death plaque’ to a group of medals – indicating that the recipient did not survive the conflict will also add interest and value from a collector’s point of view. The lefthand side of the plaque bears the words, ‘He died for freedom’ or occasionally, ‘She died for freedom’.

As with any form of collecting, rarity is crucial which means that medals for serving women can be more valuable than for men. Desirability can also come from association with a famous action or regiment but the real interest comes from merit or bravery awards with the top of the tree being the Victoria Cross.

First awarded in 1857, the Victoria Cross is the highest bravery award that can be given to the armed forces. It is for ‘Gallantry in the face of the enemy’ and has been awarded 1358 times since its inception – 628 of these were issued in WWI of which 32 were issued to British personnel during the Battle of the Somme. It is not only the extreme rarity of these medals but also what they represent that drives their value upwards with auction values topping £400,000 and private sales going even higher. The only WWI double VC or ‘VC and Bar’ was rumoured to have sold for around £1.5 million to long-time VC collector, Lord Ashcroft, whose personal collection amounts to a tenth of all VCs ever issued.

Of course, it is not all about the Great War and military medals from both before, and since, are highly collectable. Those pre-1914 have value due to the time elapsed since they were issued and the likelihood of them being lost in the intervening years while medals from more recent actions have value due to the immediacy of the events, their cultural connection and the relatively few numbers of service personnel involved.

When it comes to Victoria Crosses, the changing nature of warfare has made their issuing even less frequent in recent years. The increasingly long-range form that combat takes, set against the stipulation that it is for gallantry ‘in the face of the enemy’, means that numbers are sure to decline even further. Fewer than fifteen VCs have been given since WWII, many of which will still be held by the owners or their families, meaning that values may still have some way to climb. 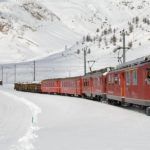