You are never too old to enjoy the simple joy of playing with your cherished toys, says Josh Stephenson.

No matter how dangerous the mission was – even if the odds seemed insurmountable and survival impossible – there was one man who would be willing to risk it all to save the day. This hero could beat up an entire German platoon single-handedly, perform backflips off structures as fearsome as the top of your wardrobe, and end the day by copping off with your sister’s Barbie. His name? Well, he does not really have a name as such, but rest assured that he is a man of action. An Action Man, if you will.

Yes, the most famous toy of the 1960s holds a special place in the hearts of many a man, key as he was to their childhood experience. Action Man was the UK-equivalent of G.I. Joe – his American counterpart who was released two years prior in 1964 ­– and was produced in the UK by toy company, Palitoy.

Upon his release in 1966, he quickly became a UK phenomenon and no young boy worth his salt would be seen without one. His popularity came from his endless variety. Once you had purchased your Action Man toy, you could then dress him up in a variety of different outfits to change his role, and to put it bluntly, he had so many looks.

There was Demolitions Engineer Action Man, Astronaut Action Man, Royal Canadian Mounted Police Action Man, and even, Action Cricketer Action Man! And, although we are sure that Judo Action Man may not have been the most popular of iterations, all these different outfits meant that Action Man remained fresh and interesting.

But it was not just his bursting wardrobe that made Action Man a hit, Palitoy introduced many innovations in the toy market that kept Action Man ahead of the field. He was among the first toys to have a flocked hairstyle – which meant his trademark crew cut felt more realistic – and his ‘gripping hands’ meant that he could hold onto his variety of accessories better than his contemporaries. The late 1970s saw the advent of his ‘eagle eyes’, which allowed you to move his eyes dramatically from side-to-side via a switch on the back of his head.

However, by the 1980s the writing was on the wall for the original Action Man, he may have been able to defeat all manner of foes, but there was one merchandising behemoth too big for any toy to compete with: Star Wars. And, in particular, the Kenner range of miniature Star Wars toys that spread across the nation like wildfire. Alas, poor Action Man could not compete and he was discontinued in 1984.

There was a second coming in 1993 when Hasbro re-launched the toy with a new attitude, all-American bravado and tacky outfits. While a success with children at the time, there is little doubt that for the purist it was miles away from the cherished version of their childhood. This iteration stuck around until 2006, until once again it looked like the casket lid had slammed shut on this British institution of a toy.

Rebirth of a Hero

That is until now. Proving that you cannot keep a good toy down, Art & Science International has released a new line of Action Man toys in-keeping with the look and feel of the original to celebrate the 50th anniversary of Action Man hitting the shelves.

Naturally, this has left fans of Action Man giddy with excitement about the possibilities for the future of the character. For Rob Wisdom, an Action Man superfan who has over 50 different Action Man figures worth thousands of pounds, and runs his own Action Man fansite, it is a thrill to see the character making a comeback: “It’s truly great to see Action Man boxes back in the leading toy stores and to witness the social media posts and the buzz around his return.”

Mr Wisdom’s own Action Man adventure started back in the 1960s when he was growing up in Billericay, Essex, and he still recalls what attracted him to the toy in the first place. “Action Man was always ready to do what you wanted (or dared) him to do. There was no set pattern of play. Some of us treated him kindly – taking him on holiday and keeping him well-groomed. Some of us roasted him and played hard,” remembers Mr Wisdom. “He was a buddy who never said ‘no’, and was equal to any adventure. You never look at a garden or babbling brook the same once you had an Action Man. Suddenly the washing line was a zip-wire, the flower beds trenches, and the sand pit the desert. Pocket money would get him a few more bits so he was always fresh, and always current.”

With all toys there comes an age where it is time to put them back in their box and move on to (adult) pastures new.

So, how did Mr Wisdom come to rediscover his love for Action Man?

“My re-introduction to him started in the late 1980s when I happened upon a sad looking Tank Commander sat at a toy fair all on his own,” explains Mr Wisdom. “I bought the Action Man for less than a tenner and purely as a memento of the day… or so it seemed. I couldn’t have possibly comprehended what that would re-ignite, or where it would take me.”

Where it would take him was on a nostalgic trip through his formative years and he believes it is this feeling of nostalgia that unites all collectors of Action Man memorabilia: “The nostalgia factor is strong with Action Man. We never had a dull moment with him, and pretty much enjoyed every moment. With that kind of association, why the hell not have him back to stay? He brings a warm feeling of happy times.

“The range was vast and in our childhoods owning everything was out of our price bracket. Fast forward to today, and the adult collector has a fascinating time learning about what they missed out on as kids, and restoring their childhood figures (and memories),” says Mr Wisdom.

It is not just adventure that Action Man can bring back to your life, it turns out he is a decent investment as well. While some of the more common pieces are ten-a-penny and worth very little apart from sentimental value, if you were to chance upon a rare outfit, then there is a good chance you would be looking at a price in excess of three figures. Not bad for an old children’s toy.

Mr Wisdom’s personal collection of Action Man figures is worth thousands of pounds and he knows the variables that drive the market: “The market varies greatly on condition and how rare pieces are. We should not forget that in excess of 8 million Action Men were made between 1966 and 1983, not including the plethora of accessories.

“For any vintage pieces to be worth ‘serious’ money they have to be very rare, preferably boxed, in original condition. There are recent ‘repro’ pieces out there too – so it can be a minefield.”

With over 50 Action Man figures currently residing within his collection, trying to pin Mr Wisdom down on a favourite is no easy task, in fact, it is a bit like asking him to choose between his own children!

“My favourite changes all the time!” says Mr Wisdom. “It is usually when I am on the chase for an elusive set or figure. The one I started with as a little boy was the (Talking) Commander. Pull his string and he spoke to you. For a child this was magical. Most people have their own favourite of course – it’s a personal bond that cannot be broken and usually is the one they had or coveted as a child.”

“However, we sent a 1966 Action Man astronaut (called Major Tom) to near space in June 2016 from the old Palitoy factory using a modified vintage Action Man space capsule. He got twelve miles up and travelled 50 miles, but then the capsule exploded in the -57˚c atmosphere. He is missing near Cottesbrooke in Northants, and I think if he was found he would take top spot!”

Clearly Mr Wisdom still believes in the simple joy of playing with an action figure and letting your imagination run free, but in this world of computer games and mobile phones, will these toys still exist in the future and will children still want to play with them? “There is a misconception that the day of boys playing with 12” figures is long past and we should move on,” says Mr Wisdom. “But my little great nephew is a fan and is already starting to imagine and create with his Action Man friend. I genuinely feel sorry for the generations that missed out on all the fun and adventure he brings.” 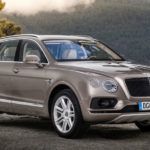 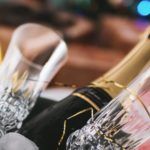 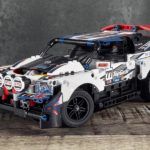 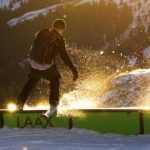