The Vignale is Ford’s premium trim level; think Ghia for the 21st century. More exclusive than that though, although not for the reasons the European planners imagined; aimed at well-heeled folk with a fondness for the Blue Oval, most prefer their premium daily driver to be more Germanic than TOWIE.

Which is a shame, because a Vignale Ford is generally a very pleasant place to be – and if you haven’t driven a modern Ford then you should because they – with the exception of the EcoSport – drive very, very well indeed.

The Focus is probably class-leading in its dynamics, a state of affairs only bolstered by the presence of a 1.5-litre EcoBoost engine under the bonnet of my test car that produces 182PS. Coupled to a six-speed manual gearbox, the Focus streaks to 62mph in around eight-and-a-bit seconds on its way to a top speed of more than 130mph.

This is, I’m sure you’ll agree, more than adequate performance for a small car, especially as the EcoBoost engine has an attractive three-cylinder bark to it under full throttle that sounds exactly like half a NASCAR engine. This relatively modest power output does more than endow the car with a pleasing turn of speed; it also encourages foot-to-the-floor driving. This is huge fun and adds to the cheery feeling that runs through the entire car. And, despite this I still managed to turn in around 35mpg in a week’s mixed driving. 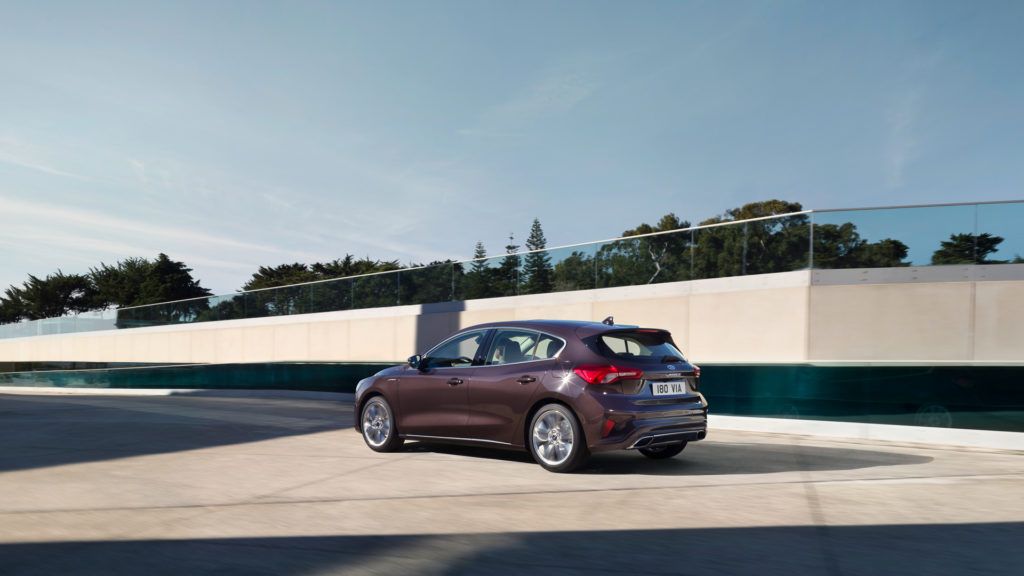 Finished in Dark Mulberry, rarely has £550 been worse spent; an exclusive colour, I thought it made my £27,000+ Focus look cheap and bloated. Colour aside though, the Focus is a sharp-dresser, especially in Vignale form where it gains a unique front grille and body styling kit in addition to LED headlights and 18-inch ‘Liquid Aluminium’ alloy wheels.

The interior is trimmed with leather and boasts LED mood-lighting, Vignale mats, a heated steering wheel and seats, a head-up display and a very good 10-speaker, 360° Bang & Olufsen stereo system. It feels very nice indeed in there, cocooned away from the everyday world where the lower classes sit on fabric[1] and make do with tinny little speakers.

It’s a very quiet vehicle when you are ambling along the motorway, attractively gutsy under load, and as noisy as hell with the stereo turned up. It is, therefore, exactly what you want from a car acoustically. 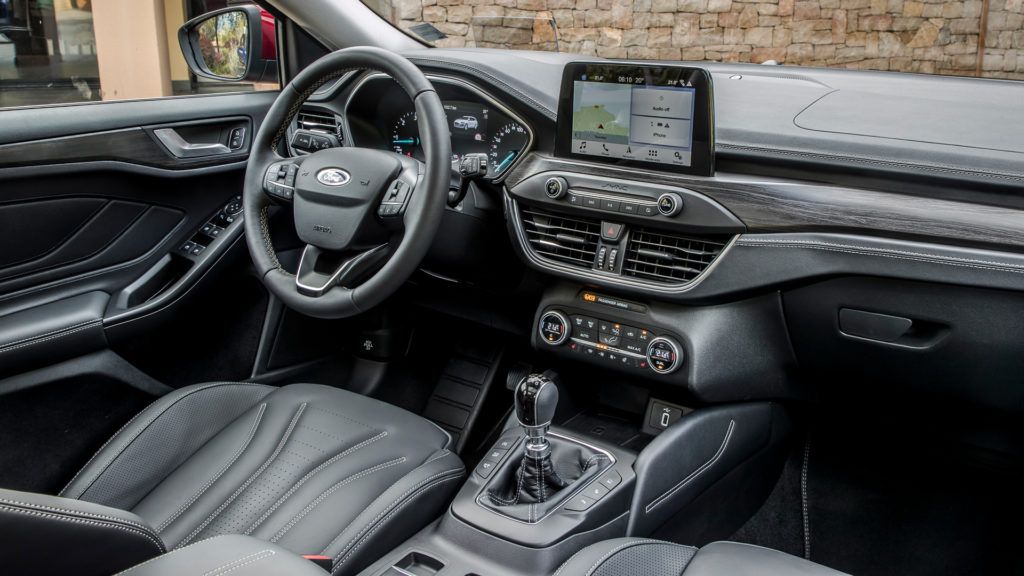 Pretty damned good to drive too. An overly sharp brake pedal (and this from a man who learned to drive Hydropneumatically suspended Citroens…) took some getting used to but it was otherwise faultless; fine handling, huge reserves of grip, and the snappiest gearchange this side of a Suzuki Vitara made for an entertaining chassis. Sure, the steering is a bit short on feedback, but aren’t they all these days?

Should you buy one? Well, if you’re looking for a well-equipped, high-status city car that can cope with the odd long-distance run too, then the Ford Focus Vignale would be a fine place to put your money – especially when you consider that there are rumoured to be deals to be had in the showroom. Low-mileage ‘demonstrator’ models are also said to be available for a healthy discount too, if you don’t mind owning something that’s a few months old in return for many thousands of pounds off the price.

[1] Leather used to be the seating material used by chauffeurs and the like, with more delicate fabrics being used to trim the seats destined for use by more rarefied backsides. The late Alan Clark, while a despicable man in many regards, always opted for fabric rather than leather in his Bentleys.