Clichés become clichés for a reason, and so aren’t necessarily to be mistrusted; crowd-sourced knowledge is invariably more accurate than a non-randomised sample size of one could ever be. So, just as there are millions of accurate Wikipedia articles for every one that claims David Beckham used to be an 18th century goalkeeper, there are thousands of satisfied owners out there enjoying life with their 996 despite a few Internet trolls telling them that the water-cooled flat-six engine means it’s not a real 911.

That the original 911s are air-cooled[1] is part of their mythical appeal, but having owned one I can tell you that it’s actually a pain in the arse. This is largely because the heater is rubbish because it draws its air from heat exchangers mounted on the exhaust manifold. This arrangement is nowhere near as efficient as using the car’s water-based cooling system to provide heat, which means you have a heating and ventilation system that rarely gets hot enough to be effective and tends to draw exhaust and engine bay fumes into the cabin as the car gets older and starts to be neglected.

It’s also fiendishly complicated to understand and operate: I defy anyone to step into an air-cooled 911 as a virgin and get the windscreen demisted using intuition and logic alone. And, because it lacks the sound-deadening of a water jacket, it’s a noisy old thing, too. Which is fine if you don’t mind your journeys interrupted by the Beetle-and-a-half engine blaring behind you but I’ve got better things to listen to, like my passenger, or Radio 4, or Bruce Springsteen.

I sold my 1977 Carrera 3.o years ago (well before the price of classic 911s sky-rocketed, sadly…) for these and many other reasons. To be honest, the whole 911-thing left me baffled. I didn’t warm to mine at all. In fact, I couldn’t even respect it; the engineer in me was so offended by its many compromises that I actively disliked it. It is one of the very few cars I’ve ever sold that I was genuinely glad to see the back of.

Which leaves me as a non-randomised survey with a sample size of one.

And yet, I’m such a sheep that I didn’t even consider buying a 996 because it wasn’t a proper 911 – even though the ‘proper’ part of the 911 experience was a large part of what I hadn’t liked about mine.

I stepped into Great Escape Car’s 2004 example therefore, with a distinct lack of enthusiam. I was there to drive a selection of cars from its 20-strong classic car fleet, the same fleet customers can rent from for an hour, a day or as part of a mixed-bag driving experience of half-a-day or a whole day. The latter are hugely popular as they offer customers the chance to drive a number of different classics in one day for a very reasonable sum.

The 996 I drove is one of just 125 40th anniversary (’40 Jahre’) right-hand-drive models sold in the UK. The anniversary cars are mildly tweaked, featuring a bit more power than a normal 911 along with some body cues from the legendary GT3. Finished in GT Silver – a colour previously reserved for the Porsche Carrera GT – and a black leather interior, it’s 345bhp engine drives the rear wheels via a six-speed manual gearbox. It has just 1,360kgs to push, which means performance is sprightly: The factory quotes a 0-60mph time (yes, we were still using 60mph back then…) of just 4.7 seconds and a top speed of 180mph.

The power boost comes courtesy of the X51 power upgrade, which was a £9,000 option back in the day. An extra 25bhp might not seem like much, especially given the cost, but it was achieved using old school engineering rather than a modified computer chip – and doing things properly is almost always the expensive, long-winded option. So, dig deep and you’ll find that the inlet manifold is different to the standard item, now being made of cast alumimium and having a different cross-section. The exhaust ducts are machined and flowed and polished, all the better to flow the exhaust gases away in conjunction with the sports exhaust.

The valves, springs, caps, and even the seals are different too, offering modified inlet and exhaust valve timing. The oil system is modified too, and the net result is a more powerful and a more durable engine than the standard item. The car sits 10mm lower too, and has a limited-slip differential in addition to Porsche Stability Management (PSM). You may accuse Porsche of many things, but being half-arsed engineers they are not.

But enough of the specification: What does it feel like?

Bloody wonderful. There’s an immediacy to the throttle pedal that no turbocharged, electronically titivated car can ever emulate. The inlet noise is a muted roar while the exhaust note is a rising blare. The gearbox snicks between ratios with an accuracy and purity that belies the convoluted mechanism ‘twixt gearknob and ‘box. The clutch might be appallingly heavy, but the steering is light, accurate and beautifully weighted – and the steering wheel chatters away in your hands, gently writhing and darting like a Springer Spaniel nosing for pheasant. It’s beguiling and informative and utterly charming.

As is the performance; 345bhp is just enough to be interesting yet not enough to give you much to worry about. I’m sure that lifting off the throttle at ten-tenths on a tightening bend would lead to a whole world of pain but anyone with even a modicum of common-sense and driving ability will just wonder at how it grips and grips and then grips some more. Slow into a bend is the best technique, and then you have to wait until the steering wheel is straight before flooring the throttle and powering up to the next corner. Brake hard – and early; the brakes aren’t as good as we’re now used to – before doing it all again.

I had half-an-hour in it and could easily have driven it home and kept it forever. It is the 911 I always dreamed of. The driving position is perfect and the heater works. Heck, it’s even got proper air-conditioning. It’s also quiet enough to be able to amble along at 70mph and chat to your passenger and still capable enough that I imagine a lifetime of track-days wouldn’t be enough to master that beautiful chassis.

And what an engine! What a masterpiece it is. Powerful, refined, and hugely reliable; classic car motoring doesn’t come any more painless.

And, best of all, the Porsche 911 996 is still undervalued, with good cars going for £20,000 and very good 40th Anniversary examples going for 50% more than that. They won’t stay this cheap forever, and I predict that this is one of the very few modern classic cars that will appreciate with a fair degree of certainty in the next five years.

And if you don’t believe me then go and drive the one on Great Escape Car’s fleet. You can buy me a pint in thanks when we next meet.

Great Escape Cars is based near Redditch and can be contacted via email or telephone: 01527 893733

[1] Although they are actually oil-cooled, and air is the merely the medium by which the oil is cooled. You know, just like every water-cooled engine ever built… 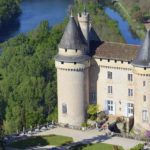 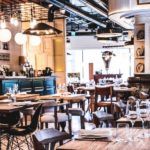 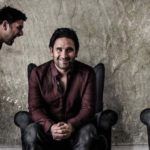 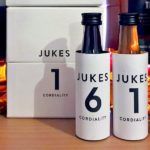